The Fuzzy Duck Drinking Game – Rules & How To Play The Game

The reason for this is pretty simple: during gatherings with friends, it’s sometimes nice to whip out a social game that gets people talking, laughing, and, most importantly, enjoying their beverages of choice!

Now, most of these games, like Medusa or the Thumper Drinking Game, are very, very simple.

And, keeping things simple is a good thing, especially in a large group and noisy room where it might be difficult to explain rules

So today, we’re covering another simple-yet-fun drinking game to add to your arsenal: The Fuzzy Duck drinking game.

If you want to know the rules and how to make this game more fun, this is the post for you!

Fuzzy Duck Drinking Game – What You Need To Play

All you need to play the Fuzzy Duck drinking game is a group of about 4 to 10 people or so.

You also sit in a circle or around a table.

You can play in larger groups, but it might take a while for everyone to get involved. But, if you play with fewer than 5 people, it honestly turns into a bit of a mess.

And lastly, everyone needs their drink of choice to begin playing!

If you want to play this game, here are the rules:

You only have a second or two to say the right phrase.

If you’re too slow, you drink, and then the game begins again.

So, in a nutshell, you say move the game to the left by alternating between “Fuzzy Duck” and “Ducky Fuzz.” Saying “Does He?” always reverses direction.

It sounds simple, but in the moment, it gets quite confusing and fun!

If you’re still a bit confused on the rules, here’s an example of what a round might look like.

This was a short and simple example, but after saying these phrases dozens of times, it becomes quite tricky!

How To Make The Game Better

Personally, when I play this game with friends, we add in a rule that you have to gesture with your hands you the direction you’re sending the game.

If you’ve ever played King’s Cup, this is like the “Drive” game, where you turn your hands left or right to steer the game in a direction.

In my opinion, this creates more chances for people to mess up since they can say the right thing but point the wrong way, or vice versa.

Anyway, you know your friend group best, so hopefully these Fuzzy Duck drinking game rules help you learn a fun new game that you turn into your own!

Extra Reading – How To Play The Chandelier Drinking Game.

Well, there you have it!

Those are the rules of Fuzzy Duck so you and your friends have a fun new party game to try out the next time you get together.

Just remember: always drink responsibly and please have fun and be safe!

If you have any other Fuzzy Duck rules to make this game even more fun, please let us know in the comments as well. Happy partying! 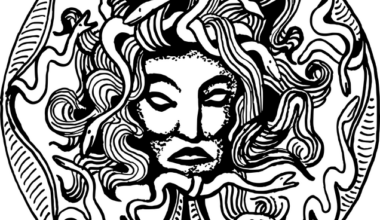 Read More
Alright: it’s a Friday or Saturday night, you and your friends are pre-drinking, and you’re looking for a…
LLifestyle 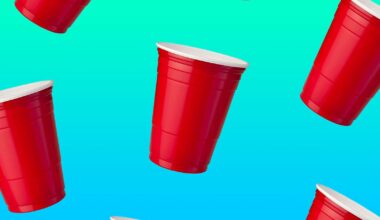 Read More
As the host, if you’re throwing a party or pre-game, you definitely want to have a few drinking…