This English actor is known for his appearances in movies like Mad Max, Warrior, Inception, and plenty of other blockbuster films and hard-hitting action movies.

After his appearance in the movie Warrior, in which a shredded Tom Hardy plays the role of an MMA fighter, a lot of people have been asking: what does Tom Hardy do to get in such incredible shape?

Well, this post is covering everything you need to know about the Tom Hardy workout, what his warrior workout looks like, and how Hardy trains.

Tom Hardy is an English actor who was born on September 15th, 1977.

After appearing in the HBO hit Band of Brothers, Hardy quickly began being cast in more action movies and thrillers. 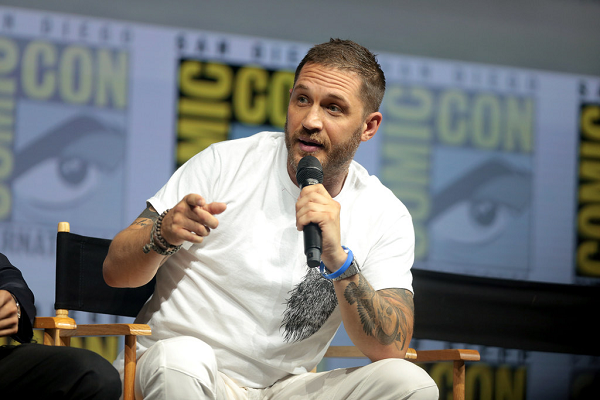 Tom Hardy has played in so many films and franchises, ranging from the Mad Max series to Batman movies and other superhero films.

As an actor, he’s often cast as a strong alpha-male type figure.

My personal favorite movie is Legend, in which Tom Hardy plays twin gangsters who fight for control over the streets of London.

But as mentioned, it was Hardy’s appearance in the movie Warrior that got a lot of fans admiring his physique and wondering what his workout routine is like.

Before we jump into the Tom Hardy workout routine and how he trained for Warrior, let’s cover a few quick stats:

So, wondering how to get in shape like this iconic movie star?

For example, he trained differently for his Charles Bronson role than he did when he put on 30 pounds of muscle for the movie Warrior.

But, this is a workout split that Tom Hardy has used to get in shape for various roles.

The first day of Tom Hardy’s workout is a push day, meaning he trains chest and triceps.

Here’s what Tom Hardy’s chest and tricep workout looks like:

It’s also worth noting that part of Tom Hardy’s warrior workout involves a lot of volume and a strategy Hardy calls “signaling.”

You can see part of what this training looks like in the video above.

In an interview with Men’s Health, Hardy also explains how volume and constant training throughout the day helped him get in shape for Warrior.

Hardy would actually workout twice a lot of the days he was training, adding in exercises like push ups, diamond push ups, and lots of ab work throughout the day as well.

According to Hardy, you need to “send constant signals to your body, so that it adapts in the direction you point it in.”

The second day in Tom Hardy’s workout routine is to train legs.

Again, keep in mind that Tom Hardy was also doing MMA work and his bodyweight exercises throughout the day for his Warrior training!

Not many workout splits have such a heavy focus on traps, but for his Warrior workout, Tom Hardy definitely tried to add mass to his shoulders and traps.

This makes sense; someone who had been doing MMA all their life would have massive shoulders and impressive traps, hence the focus here.

Here’s what Hardy’s trap and shoulder workout consists of:

Tom Hardy also does accessory work and again, lots of bodyweight exercises like push ups which naturally hit your shoulders.

Tom Hardy’s actually so known for his traps that various YouTubers have even made workout guides about his traps!

You can adapt any part of this workout of course to suit your goals and level of intensity, so keep that in mind as well.

Day Four: Back And Biceps

The next day in the Tom Hardy workout program is a pull day meaning you’re training your back and biceps.

From there, you can add in two more back exercises you enjoy doing to finish off the pull day.

Tom Hardy ends his workout week with another upper body training session, so get ready for some volume.

Ab training is a pretty major part of how Tom Hardy trained for Warrior and some of his other films, and overall, volume was really the name of the game.

As mentioned, Tom Hardy’s Warrior workout involved a lot of volume and intensity.

In fact, Hardy actually split a lot of his gym training into two sessions per day.

He also used the signalling technique as mentioned to constantly put strain on his muscles throughout the day.

He also did a lot of bodyweight work, focusing on push ups, pull ups, and abdominal training in-between his training.

Furthermore, he had to train as an MMA fighter so he could look natural during filming.

Put all of this training together, and it’s not surprising that Hardy gained nearly 30 pounds of muscle for his role in Warrior.

Now, if you have an office job or a busy life, this level of commitment might be tough to match.

But, I think the main takeaway from the Tom Hardy workout program is that volume is your friend, so don’t be afraid to throw in a lot of bodyweight work alongside your workouts.

The Tom Hardy Bane Diet – How Does He Eat To Build Muscle?

One of Tom Hardy’s most iconic roles is Bane in The Dark Knight Rises.

Hardy is known for this film because he got in incredible shape for the film and put on significant size, just like his Warrior training.

People were curious and wondered what his diet was like for Bane, and one bodybuilder even tried his diet out for himself!

Here are the macros for the Tom Hardy Bane diet:

It’s also worth noting that Tom Hardy ate even more calories than this when doing his Warrior workout, which isn’t too surprising since he was training twice a day and also doing MMA.

One thing that’s nice about Tom Hardy’s diet is that he always includes vegetables and fruit, so it’s a nice way to get your micronutrients as well while increasing your calories.

I hope this Tom Hardy workout routine guide helps you find a new program that makes you excited to get to the gym!

This was a bit of a tricky workout plan to get down because Hardy’s training style changes a lot depending on what film he’s preparing for.

His Bane workout was more similar to a regular gym split, whereas the Tom Hardy Warrior workout includes two gym sessions a day plus MMA training.

If there’s one takeaway from his training style, it’s that proper nutrition plus a lot of volume and accessory work is key.

If you try the Tom Hardy workout, let us know how you like it in the comments below! 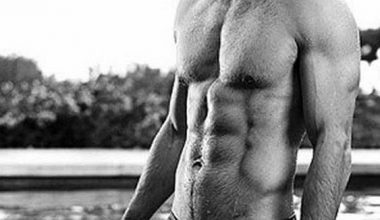 Read More
If you are a fan of superhero action flicks such as Green Lantern, Blade Trinity, X-Men Origins: Wolverine,…
LLifestyle 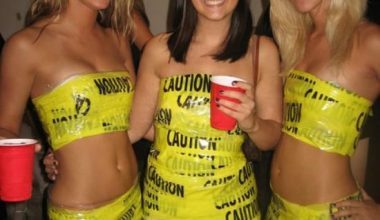 Read More
At some point in time, there’s a good chance you’re going to get invited to an anything but…