Chris Bumstead is one of the best modern bodybuilders of our era.

Alongside his YouTube channel that has over 1.1 million subscribers, Bumstead is also the 2019, 2020, and 2021 Mr. Olympia Classic Physique champion.

This article is covering everyting you need to know about Chris Bumstead’s workout routine and training philosophy.

Who Is Chris Bumstead?

Chris Bumstead, also known as CBum, is a Canadian bodybuilder and YouTuber originally from Ottawa, Canada. 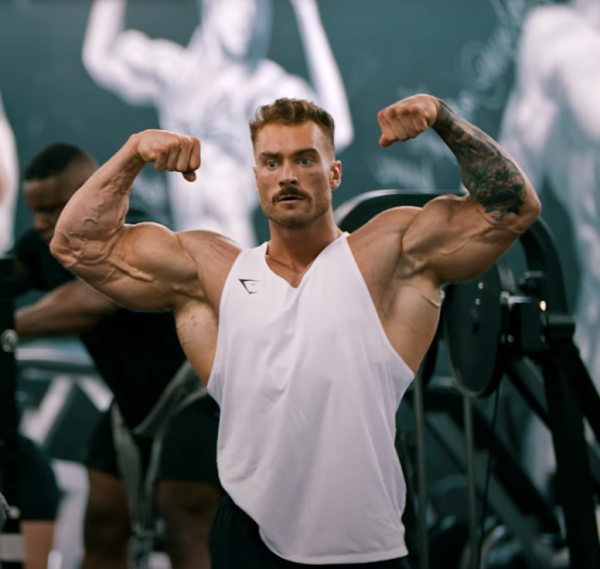 Bumstead was born on February 2nd, 1995, and according to his online biography, he began weightlifting at the age of 14.

Chris began competing competitively in bodybuilding at the age of 19 and eventually obtained his IFBB Pro card at 21.

In 2019, Chris Bumstead won his first Mr. Olympia Classic Physique and has been the defending champion ever since.

These days, Bumstead documents many of his workouts, diet plans, and training philosophies on his extremely popular YouTube channel.

Before we jump into the Chris Bumstead workout routine, let’s cover some quick stats so you understand how epic this guy truly is.

Bumstead is known for getting into incredibly shredded contest shape, and if you’ve ever seen his YouTube videos or training footage, it’s not surprising he’s the reigning champ.

Chris Bumstead’s workout split is generally a five-day split that hits all of the body parts. Bumstead may change this routine depending on injuries or his travel schedule, but generally, he trains back, chest, hamstrings, quads, and shoulders once per week.

So, if you want to copy the Chris Bumstead workout, here’s how his split breaks down by day:

Historically, Bumstead has trained back for his first training day of the week. If you ever buy a program from him or watch his YouTube videos, this is pretty standard.

Here is Chris Bumstead’s back workout:

This is a lot of volume for a back routine, but as you’ll see in CBum’s workouts, volume is the name of the game.

Like his back day, Bumstead adds a lot of exercises and volume to this day.

In the above video, Chris explains more about his chest workout and how his training looks like in the lead-up to Mr. Olympia.

After training upper body two days in a row, the next step in Chris Bumstead’s workout routine is to hit hamstrings and glutes for some leg development.

Here’s how Chris Bumstead’s hamstring and glue workout looks like:

Many people have one single leg day, but Chris Bumstead’s leg workout is broken into two days, so quads are coming later in the week!

Another interesting aspect of Chris Bumstead’s workout plan is that he does chest and biceps and then works shoulders and triceps.

Some people think this is superior because it lets you hit your triceps much harder on shoulder day versus trying to work them out on chest day, during which time the muscles are already more worn out.

I personally do the same thing and find you can go heavier, and hey, I think CBum knows what he’s doing!

The final part of the Chris Bumstead workout split is to train quads.

This is a very heavy day for Bumstead typically, so be sure to end off the week with a bang!

Typically, Chris Bumstead doesn’t train on weekends and uses the time to rest and recover.

However, one important note about Chris Bumstead’s workout split is that he often does low-intensity, fasted cardio in the mornings as well.

This might be 20 minutes on the bike, or 30 minutes walking on the treadmill or stairmaster.

Whatever the case, Chris still takes care of his cardio, even during the off-season when he is gaining weight and muscle.

It’s honestly a bit difficult to write out an entire Chris Bumstead workout plan because his training is actually quite adaptive and varies depending on how his body feels and where he is in his off-season.

But, in this video with Generation Iron, Bumstead explains a bit more about his training philosophy and style.

Some key takeaways about how Chris Bumstead workouts include:

Chris Bumstead’s Diet – How Does He Eat?

Now that you have a Chris Bumstead workout plan, you’re ready to hit the gym and get those gains!

However, diet is just as important as training, or perhaps even more important.

And, like his training, CBum doesn’t miss a beat when it comes to proper nutrition.

There are lots of videos about Chris Bumstead’s diet on YouTube, and he regularly posts “full day of eating” videos on his YouTube channel.

He also took part in a Bodybuilding.com video where he explains how he eats:

Here’s what Chris Bumstead’s diet looks like on a typical day:

This is just one day of eating, but it’s pretty reflective of what Chris Bumstead’s diet looks like.

He also uses protein shakes to help reach his macros, and his food choice can vary day-to-day.

However, expect a lot of chicken, eggs, rice, salmon, and potatoes if you follow CBum’s diet!

Extra Reading – Advice For Young Men – How To Excel In Life!

Chris Bumstead is very diligent with his diet, and he usually saves cheat days for post-show videos he posts on his YouTube channel.

Additionally, Bumstead cooks most of his meals fresh since he works from home and wants his off-season eating to be a bit tastier.

This is also why he uses condiments like Ketchup, although he tracks everything he eats and makes sure it all fits into his macros.

Now that we’ve covered Bumstead’s workout routine and diet, here are some common questions people have about this famous bodybuilder.

How Many Days A Week Does Chris Bumstead Workout?

Chris Bumstead usually works out five days per week and uses the weekend as rest days. He also does low-intensity, fasted cardio to keep his heart healthy and to burn some additional calories.

How Long Has Chris Bumstead Been Training?

Chris Bumstead was very active and into sports as a child and during his teenage years. He began training with weights at age 14 and began competing in bodybuilding at age 19.

I hope our breakdown of Chris Bumstead’s workout routine helps you find a new training split that works for you.

Chris Bumstead is a champion, and he is clearly dedicated to his craft with how hard he trains and how meticulous he is with his diet.

Also note that he’s a professional bodybuilder and weighs over 200 pounds. This means you don’t need to hit the same macros if you’re much smaller, so keep this in mind!

Best of luck with your workouts!

Let us know in the comments if you’re going to try out CBum’s workout split! 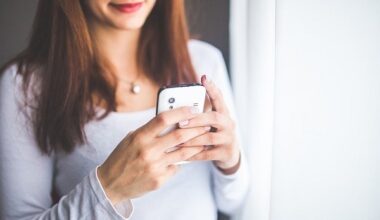 Read More
Making a friendly wager with friends or the person you’re dating can be a ton of fun. It’s…
LLifestyle 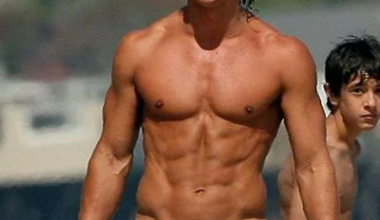 Read More
Matthew McConaughey’s workout routine has always been a highly trending search topic on the Internet. After all, this…