As the host, if you’re throwing a party or pre-game, you definitely want to have a few drinking games up your sleeve to liven things up.

After all, if you’re throwing a party, one of the best ways to get everyone in the mood for some shenanigans is to play a bunch of drinking games together.

Now, there’s obviously the classics like Ride The Bus or Kings Cup.

However, if you’re looking for a fun drinking game you that might be new to you, you need to try the Thumper drinking game the next time you host.

This game is also a great option for a bit of an ice-breaker if you don’t know the crowd you’re playing with, so get ready to add this one to your list of party games!

What Do You Need To Play?

The beauty of the Thumper drinking game is that you just need an area to sit around, your drink of choice, and a bunch of red solo cups.

You probably shouldn’t play this game with hard liquor; save that for games like Medusa where you have to do a lot of shots!

Instead, stick with a beer or mixed drink since Thumper can get out of hand pretty quick!

Once everyone gathers their alcohol of choice, gather around a table. Make sure everyone has enough room to drum on the table in front of them.

Now, here’s how you get started with playing Tumper.

Every game of Thumper begins with some variation of the following chant.

First, everyone begins drumming with their hands on the table (how else can you let your neighbors know you’re having a party?)

As the drumming begins, you complete this chant:

Leader: “What game are we playing?!”

Don’t look at me alright, I didn’t invent this stupid game.

You can make your own variation of the chant, or skip it entirely after you get it out of your system like people tend to do with games like Flip Cup.

Now, some variations of Thumper keep the drumming going throughout the game to make things a bit more chaotic and to live up to the game’s name. This is entirely up to you.

In any case, after the chant, the leader starts off by creating a gesture.

You get the idea.

Once the leader creates their gesture, the person next to them has to copy the same gesture and then create their own.

Then, the person next to them recreates both gestures before making their own…and so on, and so on.

Thumper is basically a repeating memory game, just with gestures!

Note: just make sure gestures are quick and actually repeatable! Nothing too complex here.

3. Play Until A Mistake Is Made

The Thumper drinking game keeps going around the table until someone inevitably messes up and gets roasted by the entire group.

When someone messes up, they have to take a sizeable drink from their cup.

More intense versions of this game play with shots or chugging your entire drink, so play whatever version you feel like!

Note: if someone takes too long to remember a gesture, they also lose that round of Thumper. The name of the game is speed and being as fluid as possible!

Well, there you have it: those are the rules for Thumper and everything you need to know to throw a wild party.

Again, you can mix up the rules a bit to match your style.

Personally, the endless banging on the table and chanting at the beginning gets old for me, but hey, do whatever floats your boat.

That’s all for now, happy partying!

Just remember to play and drink responsibily and all that good stuff.

Looking for other fun drinking games like Thumper? Checkout: 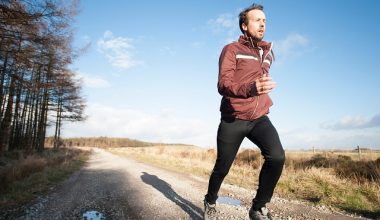 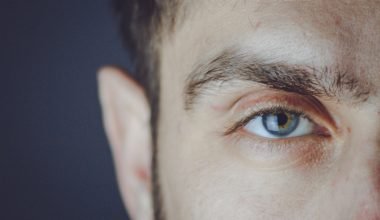 Read More
What grooming practices are normal for men? Should men get their eyebrows done? All your eyebrow grooming…