50+ Becoming A Better Man Quotes – Get Inspired To Achieve!

This post may contain affiliate links. Please read our disclaimer for more information.
History has the ability to teach us about the present. It can inspire, motivate and change our lives when we think about how history changed things.
You can also use history to learn from others’ mistakes, hoping not to repeat history. Plus, you can receive inspiration as well from the powerful moments that have occurred throughout.

There have been many individuals in history who have left powerful words around these moments. These words have become some of the most famous words spoken in history and some of the most powerful quotes offered. These quotes have the ability to inspire, motivate and change lives for the better!

So, if you’re looking for a bit of inspiration, read on!

Time to break down more than 50 becoming a better man quotes!

Quotes About Being a Real Man

Quotes are one of those weird things that have the power to change your outlook on life despite just being a simple sentence.

Personally, I love quotes because of this reason.

I also love quotes that acknolwedge some of the best things about being a man, like grabbing the bull by the horns or being a gentleman and scholar!

Here are some famous and awesome quotes about being a real man:

2. “The true measure of a man is how he treats someone who can do him absolutely no good.” Samuel Johnson.

3. “To be a man requires that you accept everything life has to give you, beginning with your name.” Burl Ives.

5. “The mark of a real man, is a man who can allow himself to fall deeply in love with a woman.” C. Joybell C.

6. “You have to be a man before you can be a gentleman.” John Wayne.

7. “It is his nature, not his standing, that makes the good man.” Publilius Syrus.

8. “The real man is one who always finds excuses for others, but never excuses himself.” Henry Ward Beecher.

9. “A real man loves and respects his wife and is not only a good father but a man that his kids want to call ‘Daddy.'” Frank Abagnale.

10. “I don’t think a man has to go around shouting and play-acting to prove he is something. And a real man don’t go around putting other guys down, trampling their feelings in the dirt, making out they’re nothing.” Joe Frazier.

12. “Let men see, let them know, a real man, who lives as he was meant to live.” Marcue Aurelius.

14. “If you want to be a real human bring – a real woman, a real man – you cannot tolerate things which put you to indignation, to outrage. You must stand up. I always say to people ‘Look around; look at what makes you unhappy, what makes you furious, and then engage yourself in some action.'” Stephane Hessel.

15. “A man knows his limits, but a real man can overcome them.” Travis Martin.

16. “There is no such thing as an ideal man. The ideal man is the man you love at the moment.” Francoise Sagan.

17. “The ideal man bears the accidents of life with dignity and grace, making the best of circumstances.” Aristotle.

Quotes about becoming a real man are a great place to begin your quote search!

However, if you’re more interested in getting pumped up and excited about the future, this list of inspiring man quotes are for you:

1. “Courage is not having the strength to go on; it is going on when you don’t have the strength.” Theodore Roosevelt.

2. “Success is going from failure to failure without losing your enthusiasm.” Winston Churchill. 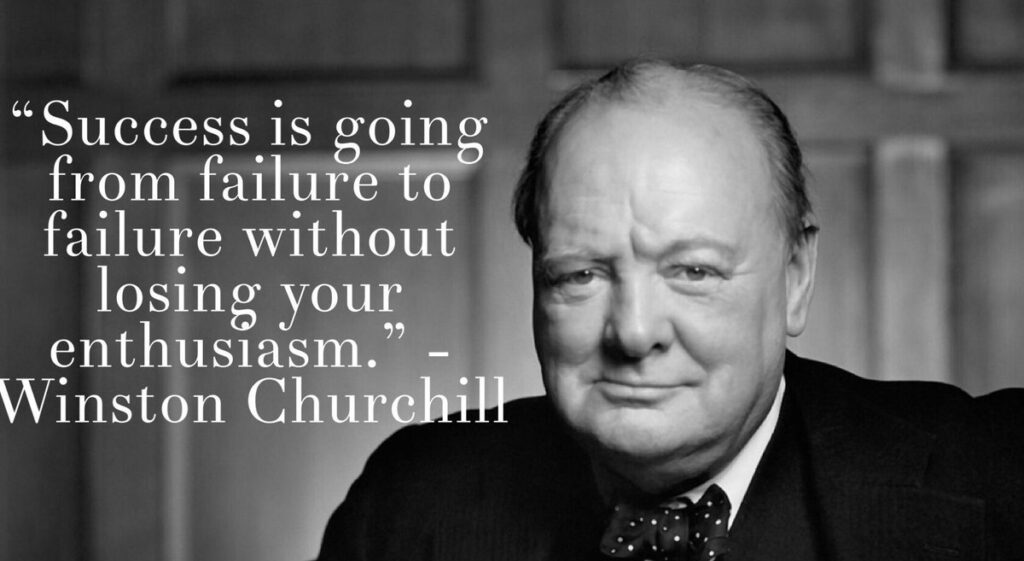 4. “If one advances confidently in the direction of one’s dreams, and endeavors to live the life which one has imagined, one will meet with a success unexpected in common hours.” Henry David Thoreau.

5. “Every day is a new life to the wise man.” Dale Carnegie.

6. “Finish each day and be done with it. You have done what you could. Some blunders and absurdities no doubt crept in; forget them as soon as you can. Tomorrow is a new day; begin it well and serenely and with too high a spirit to be encumbered with your old nonsense.” Ralph Waldo Emerson.

7. “Do what you can, where you are, with what you have.” Theodore Roosevelt.

9. “What we fear most is usually what we most need to do.” Tim Ferriss.

10. “No great man ever complains of want of opportunity.” Ralph Waldo Emerson.

11. “Change your thoughts and you change your world.” Norman Vincent Peale.

14. “It takes a great man to be a good listener.” Calvin Coolidge.

15. “Action is the foundational key to all success.” Pablo Picasso.

16. “The journey of a thousand miles begins with one step.” Lao Tzu.

17. “Twenty years from now you will be more disappointed by the things that you didn’t do than by the ones you did do.” Mark Twain (this is my absolute favorite quote from this list). 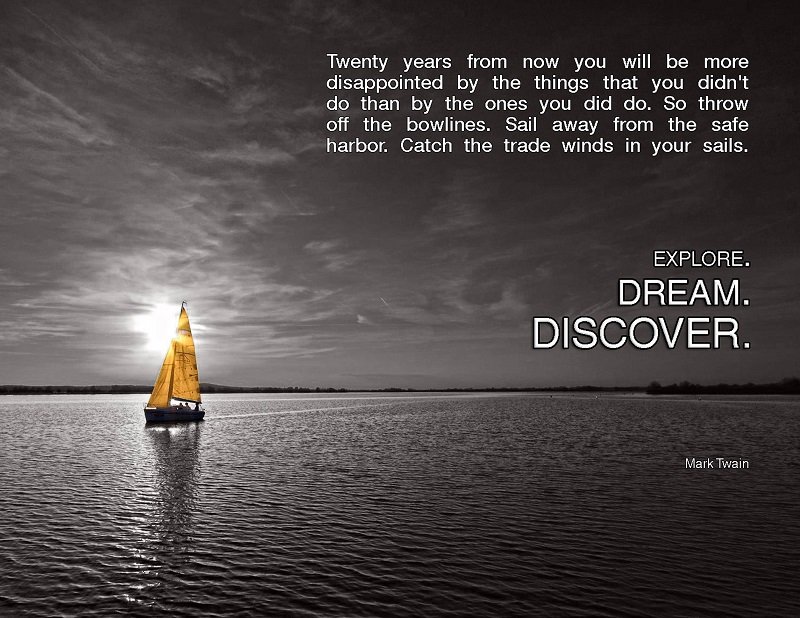 18. “A man should be able to hear, and to bear, the worst that could be said of him.” Saul Bellow.

19. “It is part of a good man to do great and noble deeds, though he risk everything.” Plutarch.

Quotes About Becoming a Better Man

Alright, time to get to the quote list we’ve all been waiting for!

If you’re looking for ideas about self-improvement, there are plenty of resources out there like self-help podcasts, books, and other forms of advice for young men.

Plus, these quotes about being a better man are nice to keep in the back of your mind as you work on yourself!

2. “The good man is the man who, no matter how morally unworthy he has been, is moving to become better.” John Dewey.

3. “You might win some, you might lost some. But you go in, you challenge yourself, you become a better man, a better individual, a better fighter.” Conor McGregor.

4. “We all have to fight through our mistakes to become a better man.” Emmanuel Adebayor.

5. “Waste no more time arguing about what a good man should be. Be one.” Marcus Aurelius. 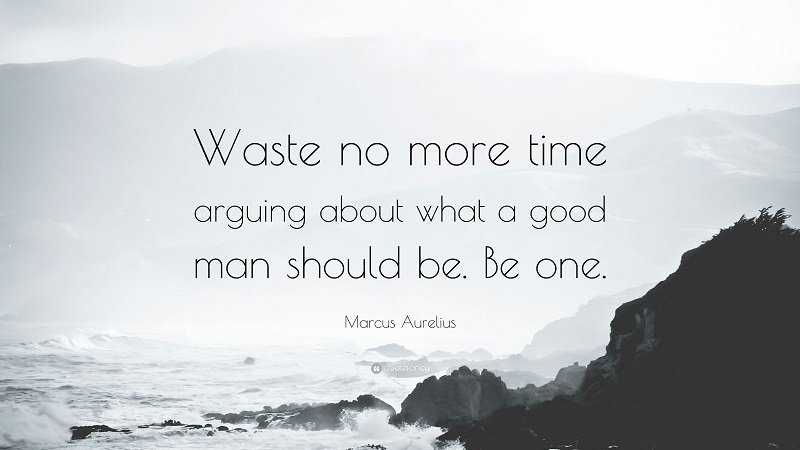 6. “There’s nothing better than striving to be a better man.” Kevin Drew.

8. “My future’s about trying to be a better man.” Terrence Howard.

9. “You are essentially who you create yourself to be and all that occurs in your life is the result of your own making.” Stephen Richards.

10. “Motivation is what gets you started. Habit is what keeps you going.” Jim Rohn.

12. “How noble and good everyone could be if, every evening before falling asleep, they were to recall to their minds the events of the whole day and consider exactly what has been good and bad. Then without realizing it, you try to improve yourself at the start of each new day.” Anne Frank.

13. “A man should choose a friend who is better than himself. There are plenty of acquaintances in the world, but very few real friends.” Chinese Proverb.

14. “Before you can become a millionaire, you must learn to think like one. You must learn how to motivate yourself to counter fear with courage. Making critical decisions about your career, business, investments and other resources conjures up fear, fear that is part of the process of becoming a financial success.” Thomas J. Stanley.

15. “Employ your time in improving yourself by other men’s writings so that you shall come easily by what others have labored hard for.” Socrates.

16. “Every man I meet is my master in some point, and in that I learn of him.” Ralph Waldo Emerson.

17. “To improve is to change, so to be perfect is to have changed often.” Winston Churchill.

You might think that an entire list of quotes is a bit of a silly thing to read.

However, I’d argue that quotes have the power to change your perspective, which can, in turn, actually change your life.

So, hopefully this list of quotes about being a better man helps you set some goals and get inspired! 🙂

Thanks so much for reading! 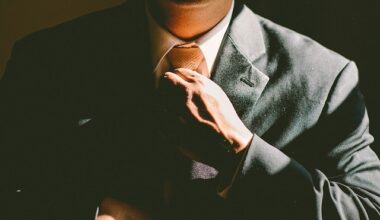 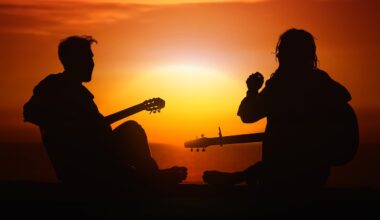 Read More
In all honesty, being a teenage guy can be tough sometimes. This is coming from, you guessed it,…